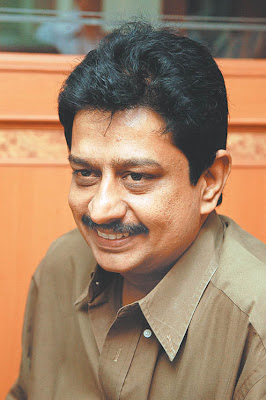 Films' dialogues writer Prasanna Kumar, breathed his last on Saturday morning. He was 49. He was sometime ill, but was active till his last. He entered the filmdom as a dialogue writer through the film Palaivana Cholai in which Suhasini ( Manirathinam) acted as the heroine. Each and every line of his dialogue had fetched him reward in this film. Following this he was offered with a lot of films to write dialogues. He was the recepient of Tamil Nadu Government Award for the best dialogue writer. He had written dialogues for more than 175 Tamil films. He was writing comedy skids for the comedian Vivek.

On hearing the sad demise of Prasanna Kumar, the comedian immediately went to his house and placed a wreath on his body. He was cremated on the Saturday evening in which many film personalites paid their last homage. May his soul rest in peace !
Posted by N.THYAGARAJAN at 11:29 PM No comments:

KURUVI MAKES A RECORD IN KERALA 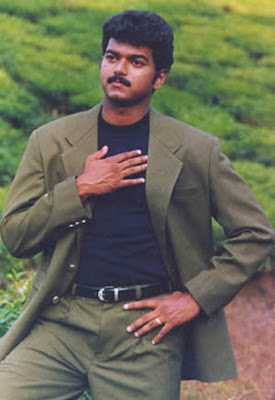 Recently, actor Vijay's Kuruvi film has made a record sale of Rs.1.5 crore for distribution in Kerala state alone. His earlier films Pokkiri and Azhagiya Tamizh Magan though ran for more than 100 days in the state, the highest record is made by Vijay's latest film Kuruvi. The business is supposed to be the highest one by this Tamil film in the history of Tamil films. If Vijay's film is released in Kerala , then it is guaranteed that the film would do equally good with Mollywood leading stars ( Mamooti & Mohan Lal) films
Posted by N.THYAGARAJAN at 7:31 PM No comments: 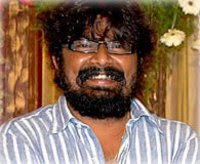 After Chithiram Pesudhadi and Anjadhey now director Mysskin is going to direct his own film Nandalala. Many expected that the director's next film would be with Vishal as the hero. But Vishal is doing Sathyam being produced in Tamil and Telugu simultaneously. When Mysskin wanted the dates from Vishal, he told the director that he would be free from February next year. Hence, the director thought that Nandalala could be produced with new faces. The story of Nandalala is the subject for children. He has selected a child to act in the film and he is coaching the child how to act in the film. Heroine of the film is Snikdha. She did her dance in Anjadhey song Kathazha kannaley kuthadhey nee.
Posted by N.THYAGARAJAN at 7:30 PM No comments:

ROBOT SHOOTING IN MAY 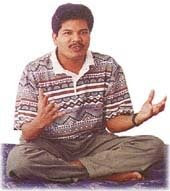 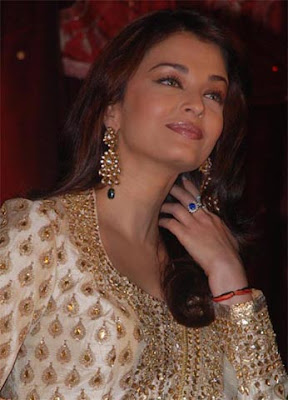 Various important arrangements for the shooting of Ayengaran International's Robot film are taking place at various levels. Though the film's subamuhurat took place in February last, the film's director Shankar was sometime in a dull mood due to the sudden demise of the Writer Sujatha. The writer has completed all the dialogues of the film before he expired. Though that gives Shankar some happiness, he could not yet come out of the sudden shocking news.
Posted by N.THYAGARAJAN at 7:29 PM No comments: 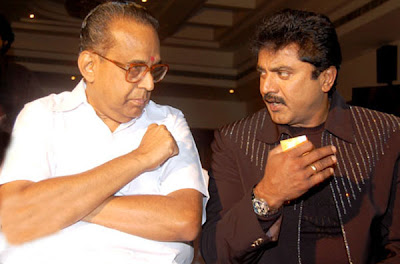 The trailer release of the 1977 film took recently at Chennai. The film's hero Sarath Kumar who is producing the film on behalf of his newly formed RSK Pictures. Sarath in this film acts as father and son with Namitha and Jaya Sudha opposite him. Speaking on the inaugural day, he said that so far his roles as father and son in various films had brought him laurels and he expected that this film would also bring success. In this film new face Parsuna is introduced. Vivek does the comedy and Rohith as the villain of the film. When some news men asked whether the story of 1977 would portray his political ideals, he refused that so far he had viewed his politics and acting career differently. Majority of the shooting of the film was over, Sarath said and he had been planning to release the audio release of the songs in April. He also said, that 1977 would be released on his birth day falling on July 14.
Posted by N.THYAGARAJAN at 7:27 PM No comments:

AJITH IN A NEW GET UP FOR AEGAN 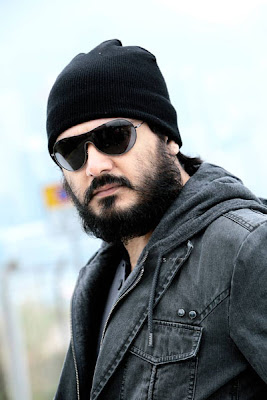 In order to become a world reknowned actor, Ajith has completely changed his get up in the film Aegan. One can't easily identify or compare the work of Ajith in Billa and his earlier films, with the style of functioning in the Aegan film. He has discovered a new theory through this Aegan.

He wants to do the stunts in his films like the Hollywood Star Jackie Chan, hence he has appointed Ringkan as the stunt master for Aegan. As per his adivice, Ajith has gone to England, New Zealand and Australia to film the fighting scenes. He has also appointed some foreign technicians to do the new technique and graphic works of the Aegan film.
Posted by N.THYAGARAJAN at 7:26 PM 1 comment:

Actor Dhanush is ready now to do an historical film with Shreya and Director Vetri Maran. The film is based on the story of a real event that took place in the year 1970. Vetri Maran who narrated the character of the story to Dhanush, was satisfied over the actor accepting to act in the role immediately . Dhanush said, that the character would be a milestone in his career of acting. Dhanush has asked Maran to prepare script immediately. Soon the date for the shooting will be announced.
Posted by N.THYAGARAJAN at 7:26 PM No comments: 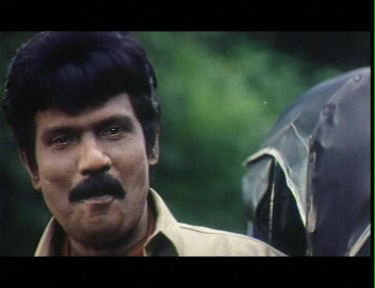 Following the successful run of the Thangam film, Gounda Mani is flooded with a lot of offers from various producers. The comedian who is always choosy in selecting films, has now signed to act in a film Parkalam Pazhagalam produced by Nirmal Raj for Make Ram Productions. Jai Akash is the hero of the film. The producer says, comedy is given much importance in this film.
Posted by N.THYAGARAJAN at 7:25 PM No comments:

Vijay Chopra Tamizhan fame Majith is directing Keemu after a long respite. New face Hassan is the hero act opposite Saarika. Comedian Vadivelu in this film act as the owner of a provision store. Recently the shooting of the film took in Ooty. The song scene and the loving scene of the hero Hassan and Saarika was filmed. When asked about why the director was very particular about new face hero, he said that the new face would alone work out for the story-line. He also told, the story line required only new faces and he had given chances to a lot of new faces in this Keemu.
Posted by N.THYAGARAJAN at 7:24 PM No comments: 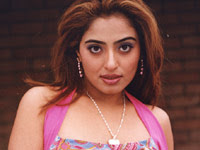 Glamorous queen Mumtaz dance for an item-song for the film Maila was filmed recently. In the film Mumtaz appears as an alien girl from a different planet dances for an item song. Fully stitched with gaps wherever possible, Mumtaz with her natural appearance danced for a song's sequence of the film produced by K.L.Films. The lyrics of the film are written by Pa.Vijay and Kavic Kannan. Music of the film is done by Manoharan and Thalapathy Dinesh does the choreography. Ravi and Raja direct the film. Leslie writes the story and dialogues of the film.
Posted by N.THYAGARAJAN at 7:23 PM No comments:

NO POLITICS IN CINEMA

Recently released Vellithirai film produced by the Duet Movies portrays the plagiarism of a film story. Similarly, the film has kindled the imaginations of some of the present-day actors who if becomes success through a film, then their next thought would be to become Chief Minister. The producer Prakash Raj who is appearing in this film as one of the heroes, ridicules some of the actors who start use titles before their names to achieve their desired goals.

Prakash while talking about his films Mozhi he said, many had accepted the story and the film was welcomed by each and everyone. Similarly, in his Vellithirai he has stated that the cine-world belonged to persons who have imaginations. And the actors have the right to act lively to bring back the imaginations into reality. So, he wanted to entrench that the cinema does not belong to actors alone. Persons having imaginations could also claim that the cineworld belonged to all. This only made him to produce the film Vellithirai and not wound or create politics in cinema. He said, he always wanted a good product.
Posted by N.THYAGARAJAN at 7:23 PM No comments:

This is the film's title for a new film to be produced by Gnani who also writes the story, dialogues, screen play and does the direction. The title of the film is the first line song of director Mani Ratinam's Pagal Kanavu film. According to Gnani, it is a conglomeration of stories of girls who were ditched by youngsters. The story also talks about the girls are supportive to men-folk for their upcoming in their lives. New faces Jagadish and Reshma are acting in the film. C.J.Ravi is the cinematographer of the film.
Posted by N.THYAGARAJAN at 7:22 PM No comments: