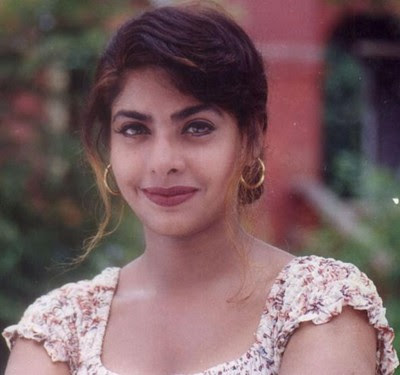 South Indian actress Maheswari, a cousin of noted actress Sridevi, entered into wedlock with Jayakrishna, a software professional from Hyderabad, in a traditional ceremony at Sankara Mutt on Thursday morning.

Actress Sridevi, her husband and noted Bollywood producer Boney Kapoor, popular heroines Meena, Sangeetha, actor-couple Manjula and Vijay Kumar were among the celebrities who attended the wedding. Hundreds of close relatives and film personalities also attended the function and blessed the couple.

After the marriage, the newly-wed couple had darshan of the Lord at Sri Venkateswara Temple. Earlier in the morning, the film personalities also offered prayers at the temple.

Maheshwari had a great opening in Tamil film industry. After making her debut into Kollywood with the film Ullasam, she had the luck to pair up with great stars like Vikram and Ajith in many movies. Later, she was roped into Bharathiraja's flick Karuthamma and then Maheswari didn't seem to have great time over here.

Taking a fleet to Tollywood, Maheswari acted in successful Telugu films like Gulabi, Ammayi Kapuram, Mrugam and Nee Kosam. At present, she is acting in Telugu and Tamil TV serials.

Listen to songs and download them
Posted by N.THYAGARAJAN at 9:24 PM No comments: 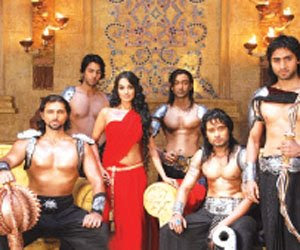 The first mythological serial 'Ramayanam' was telecast on Doordarshan in 1986-87.
“Dubbing was not allowed then. 'Ramayanam' was then only in Hindi. The Tamil-dubbed version of 'Shri Krishna' was aired on DD Metro in 1993. It ran for 50 to 60 episodes. Due to viewers' demand, Shri Krishna was aired on DD 1 again,” recalls dialogue writer D Mohan Kumar, who translated the first daily soap on Doordarshan, 'Shanthi', into Tamil.

His father K Devanarayanan is a veteran dialogue writer. He translated 'Shri Krishna', 'Jai Mahalaxmi' (aired on DD in 1996-97) into Tamil. Devanarayanan also did Vikramathithyan Kathaigal on Jaya TV in 1999 and Kothaiyin Kathai on Goddess Andal in 1995-96 on Sun TV.

“Mythological stories are back as they are evergreen subjects. Every channel should take an initiative to air such mythologies. We have our own Shivapuranam, mythologies on Vinayagar and Murugan,” says Mohan Kumar.
Posted by N.THYAGARAJAN at 11:00 PM No comments: 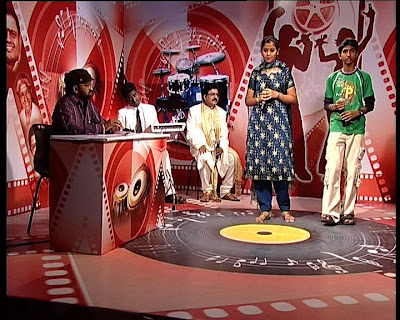 On the usual style of giving variety entertainment programmes – Imayam TV has launches another set based show “Sangeetha Swarangal”.
This is a musical talent search show – where the judge Mr.S.N.Surendar selects one male singer & one female best singer of the week analyzing the performance of the participants in 3 challenging rounds.
Orchestration is done by Lakshman Shruthi and this show is telecasted on Sundays between 7.00 to 8.00Pm on your Imayam TV.
Posted by N.THYAGARAJAN at 7:35 AM No comments:

Hansie Cronje film to be released in SA 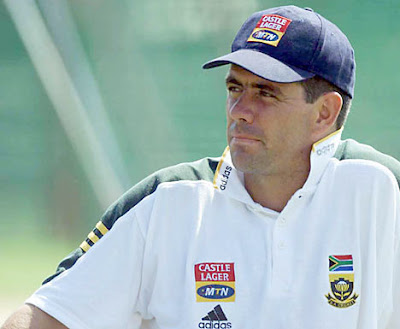 A film on late South African cricket captain Hansie Cronje, whose alleged involvement in the 2000 match-fixing scandal, is to be released in South Africa this month on 24.

Produced by his brother Frans Cronje, 'Hansie' will be released in four cities initially and is also expected to have an international release later. Frans said though he did not have concrete distribution deals with anyone, he has heard of interests from India, Australia and even the US for the film.

The film is a chronicles of Cronje's fall from a widely-respected and admired cricket captain to a match-fixer.

He was banned for life after his confession in front of a commission of inquiry. It was while serving this ban, that Cronje died in a plane crash in June 2002.

"This is Hansie's story. It's about the fall of a hero and his struggle to rise above his mistakes to start anew," Frans said of the film, which is directed by renowned actor and filmmaker Regardt van den Bergh.

The film faced financial troubles right from the beginning and 'Hansie' productions in fact faced liquidation earlier this year.
Posted by N.THYAGARAJAN at 8:05 AM No comments:

JAI IS IN TROUBLE 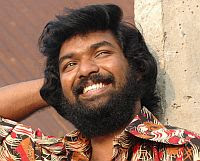 Actor Jai (of Subramaniapuram fame) is in the news for a wrong reason. A complaint has been lodged against him by a debutant director Prabhu with the Tamil Film Producers Council that the actor was not cooperating to complete the film Adhae Neram Adhae Idam.

However, Jai has come out with an explanation. He said, ‘Prabhu could not complete the movie within the dates given by me. Unfortunately, I was unable to allocate more dates since I was busy with other projects.’

He also alleged that the director had narrated a story and shot a different version, which was not appealing to him and his co-star Vijayalakshmi.
Posted by N.THYAGARAJAN at 2:41 AM No comments:

As opposition leader and AIADMK general secretary J Jayalalithaa attacked the DMK regime on many fronts and accused chief minister M Karunanidhi of working for the welfare of his own family rather than the people, a television channel run by Karunanidhi's estranged grand-nephews gleefully telecast her diatribe live.

'Sun News', a 24-hour news channel from the Sun group owned by Kalanidhi Maran and his brother Dayanidhi Maran, had live footage of most of her strident speech – something unthinkable when they were in the good books of the DMK leadership. Sun TV, which commands the highest popularity rating in the Tamil speaking world, had played a significant role in anti-Jayalalithaa propaganda over a decade.

However, after the Marans fell foul of Karunanidhi in an intra-family squabble, mainly between Karunanidhi's Madurai-based son M K Azhagiri and the brothers, there has been a marked change in the attitude of the media organisations run by them towards coverage of the AIADMK.

Dayanidhi had explained it as a mere newsroom decision on merits, but the prominence given to the AIADMK in Dinakaran, a daily run by the Marans, has not been lost on the DMK leadership.

Addressing a public meeting near the Theni district collectorate, Jayalalithaa said, "My rule was selfless and I worked for the people's welfare, whereas Karunanidhi's concern is only that of his family."
Posted by N.THYAGARAJAN at 2:38 AM No comments: