VIJAY’S ‘VILLU’ IS GETTING READY 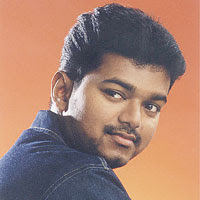 'Ilaya Thalapathy' Vijay is busy shooting for ‘Villu’. The movie, directed by Prabhudeva and produced by Ayngaran Films International, kicked off in Karaikudi recently.
A number of scenes featuring Vijay and Nayantara were shot in Karaikudi. And now the buzz is that the crew would shoot a major portion of the film in Italy. The script involves a foreign country in the second half and so the crew will be heading for Italy this July.
Sources close to Prabhu Deva reveal that he has also planned to shoot two song sequences in exotic Italy.
It sure would be interesting to see Vijay chasing and hunting down the baddies in this European country. Nayantara sizzled with her attitude and attractive modern costumes in ‘Billa’ and the movie was set in Malaysia. So, foreign destinations suit her big time and with Nayantara on song now, one can expect Prabhu Deva to exploit her talents.
Vijay and Nayantara on the prowl in Italy….sounds interesting.
Posted by N.THYAGARAJAN at 8:23 PM 3 comments: 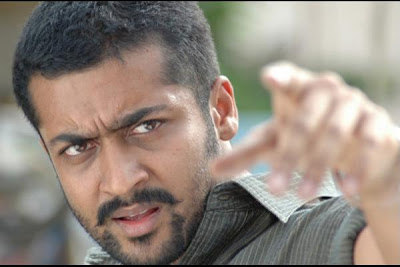 Director A R Murugadoss and Suriya teamed up to render a hit in ‘Ghajini’. The movie sky-rocketed both Suriya and Murugadoss to stardom.
Murugadoss has almost completed the Hindi version of ‘Ghajini’. It features Aamir Khan and Asin in the lead roles.
Moving ahead, he says, “Plans are on to commence my next venture soon. It would be a big venture - produced by myself. I am planning to team up with Suriya for it is a tri-lingual, to be made simultaneously in Tamil, Telugu and Hindi”.
“Suriya would act in a never before role and it would be a straight contrast to ‘Ghajini’”, he said.
“The Hindi version of ‘Ghajini’ has shaped up well. I should thank Aamir Khan for co-operation”, he added. He denied reports appeared in few sections of the press that he would be doing a movie with Vishal.
“I will commence the trilingual production venture after the Aamir Khan starrer ‘Ghajini’ gets released.”
Posted by N.THYAGARAJAN at 8:21 PM No comments: 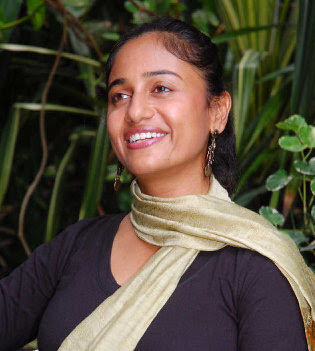 The most appreciated tele-serial of the Kalaignar TV Channel Rekha IPS has completed its 200th episode. While many serials that are broadcast in various channels sing a sorrowful note with various story lines, the Rekha IPS has created a place for it among the viewers, for the story has been appreciated by many. It is being aired on all Mondays to Fridays between 6.30 PM and 7.00 PM with the story focusing on a police officer, Rekha. Anu Hassan with her matured performance as the police officer tries to find out her kidnapped sister several years before. Vijay Adhiraj as her former lover subverts the ideas of Anu Hassan makes everyone keeps their fingers crossed.

The serial is produced by Pyramid Sai Mira and Story by Chithra Lakshman, Screenplay by Thavamani Vaseekaran, and directed by Rathnam.
Posted by N.THYAGARAJAN at 2:19 AM No comments:

Passengers who are travelling in a bus meet with an unpredicted accident and every one dies. But the shocking news is that these dead people come in the form of ghost and enter the bus wherein one ghost tries to drive the bus while the other issues ticket. But the thrilling part is that a young couple is captivated by these ghosts and is tortured. They have to escape within 3 days otherwise they have no other option but to die.

How this couple escapes forms the story of the film titled Moondru Natkal. Kumaran is debuting as a hero where as Ramya also a news face will pair with him. Pailwan Ranganthan, Kiskas and others will be starring in this movie.K.Sanjay is producing this film under the banner Singam Movies. Indian is composing the music while K.V.Rajan handles the camera.Rasavikram is directing this film apart from writing the story, screenplay and dialogues. The shooting is progressing in and around Virudachalam. ¾ of this film is being shot in the bus itself.
Posted by N.THYAGARAJAN at 7:57 PM No comments: 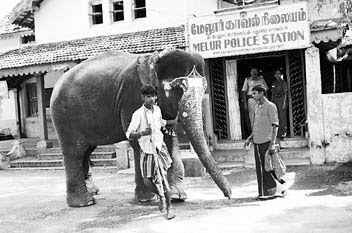 An elephant which took a small role recently in the shootings of the Namitha starrer film ‘Jagan Mohini’ at the Madurai Tirumalai Naicker Mahal was taken into the custody of the Melur police along with its three of its mahouts as they made the animal to beg in various shops to meet their contingencies.

The elephant Jaya had become cynosure of all the eyes in Madurai after it took part with the actress Namitha in the shooting that took place in Madurai. It is said that the fans of the actress started to pay their attention towards the elephant after the shooting of the film was over. It is also said that some of the fans of the actress had turned a soft corner for the elephant Jaya. The mahout Ashok is the owner of the elephant Jaya who had sent his nine-year-old elephant pet for a temple festival of Thirupathur in Sivagangai district. Ashok being a permanent mahout of the Madurai Koodalazhagar Temple, entrusted the job of taking care of the Jaya with Madana Gopal, Sabarinathan and Anandaraj. But they made the animal to beg from various shops on Wednesday near Melur before they reached Thiruppathur. “We felt the pinch of our pockets and decided to collect money from some shops to meet our contingencies “said one of the mahouts to the police.

On knowing that the elephant was allowed to beg, the Melur police rushed to the spot and took the possession of the elephant and arrested the three. According to the police, Jaya enjoys its sumptuous meals at the police station.
Posted by N.THYAGARAJAN at 7:55 PM No comments: