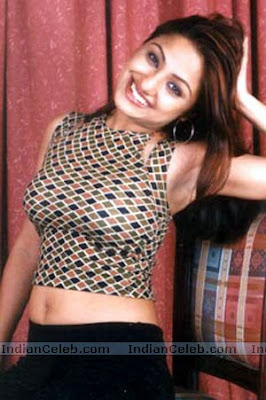 Remember Priyanka Trivedi, who made her debut with the Tamil movie Raajjiyam. The actress bid goodbye to films after marrying the Kannada superstar Upendra and made her comeback with the Kannada film Srimathi opposite Uppi.

Priyanka, in her recent interview to a leading vernacular, stated that she was approached for the show and discussions are now on about her remuneration. If everything goes as per plan, the show will go on floors by this month end.

It is also heard that Priyanka is crazy about reality TV and her favourite shows are 'Pati Patni aur Woh' and 'Jhalak Dikhhla Jaa'. She has also expressed her interest in being part of such shows if Uppi permits.
Posted by N.THYAGARAJAN at 5:23 AM No comments: