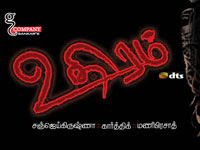 Shankar who produced the film Silandhi is now producing and directing a film titled Udhiram. The film is about a villain who loots the country. He ic domiciled in the jungles. How the hero destroys him forms the rest of the story. Shankar is shooting the film in the dense forests using three cameras. Jagath who is doing the lead role had to drench himself in a slush for 8 days for the climax scene. He had to pour the slushy mud on his whole naked body for this climax scene. Santhani who is a 10th class student is pairing with him in this movie
Posted by N.THYAGARAJAN at 10:28 PM No comments: 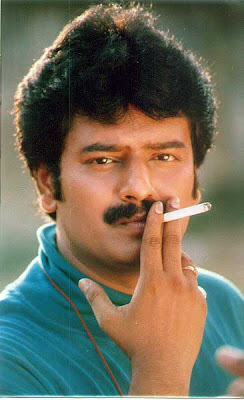 If not for music composer A R Rehman, talent from Tamil filmdom would not have got their due recognition, noted Tamil comedian Vivek has said. "I do think that regional talent is not getting its due credit in the country. Our industry (Tamil films) has gone global, especially after A R Rahman entered the scene," Vivek, who was conferred Padma Shri recently, told PTI over phone from Chennai. "If our music is getting acknowledged globally today, it is because of Rahman. But Rahman is not the only one who is responsible for this, media is also one of the reasons," he said. Chennai-born Rahman who made his entry through Roja in Tamil and Hindi simultaneously went on to attain stardom in both Tamil and Hindi films within years. He is also in the queue for Oscars, for his hit scores in "Slumdog Millionaire".
Vivek, who was the first Tamil comedian to be bestowed with the Padma Shri award, refused to comment on veteran comedian Nagesh, who died just a week ago, not getting such an honour. Vivek said he was a great fan of Nagesh and he enjoyed his well-acclaimed movies -- Server Sundaram, Kaadalikka Neramillai and Neer Kumizhi.
Posted by N.THYAGARAJAN at 8:04 PM No comments: