The police say four local employees of the SUN TV network, a India based Tamil TV network which was operating without a valid license, have been taken into custody together with their equipment in Vavuniya for alleged links with the LTTE.

Police spokesman SSP Ranjith Gunasekera told Daily Mirror the four employees were taken custody by the army yesterday and later handed over to the Vavuniya police for further investigations.
Posted by N.THYAGARAJAN at 5:14 AM No comments: 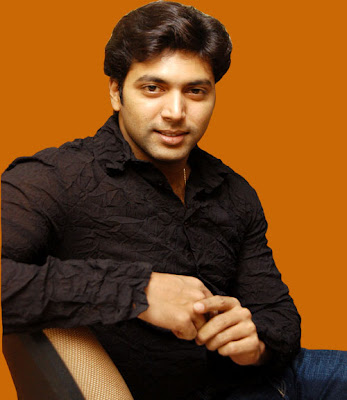 Jayam Ravi, the heartthrob of millions of girls and even for some middle-aged women, at long last has decided to get married to his long-time beautiful girlfriend Aarthi, who is pursuing her higher studies in Scotland. The parents of both these youngsters have agreed to their decision. Aarthi is the daughter of renowned producer Vijaykumar, who produced Veeraappu and several TV programmes.
The actor was introduced by his brother Raja in the film Jayam, the Tamil remake of a Telugu blockbuster of the same name, Ravi became a household name in the entire Tamil Nadu. The hardworking and highly-ambitious actor soon secured a niche for himself in Kollywood. Ravi is not only a dedicated and professional actor; he is also a very dedicated lover! His dedication and love towards his girlfriend Aarthi moved his parents’ heart, who decided to get them married. Both sets of parents announced they are extremely happy with the decision of their children, putting an end to several wicked rumours which say otherwise.
The tall and well-built star, who gave the blockbuster Santhosh Subramaniam recently, is acting in Peraanmai now. Insiders say that he will get married as soon as the film releases
Posted by N.THYAGARAJAN at 7:26 PM No comments: