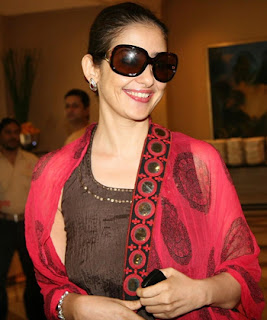 Bollywood and Bollywood actress Manisha Koirala has reportedly been diagnosed with cancer. The actress who is under treatment in a South Mumbai hospital for the last three days was staying in Kathmandu from November this year. A few days ago, she took ill. She mentioned being down with a bout of food poisoning on a social networking platform. Post this she fell unconscious and was flown to Mumbai for further tests.

A close friend says that the actress has taken the news of her health condition very bravely and she is very much positive that she will fight it out.

The members of the blog prays for a speedy recovery of the actress.
Posted by N.THYAGARAJAN at 10:58 PM No comments:

VISHWAROOPAM RELEASE ON JAN 11 NEXT YEAR 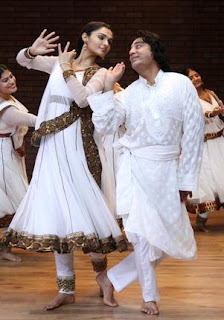 The suspense about the release of the Kamal Hassan's Vishwaroopam at last came out. The film will be released on January 11 next year, throughout the State, and elsewhere in India and abroad as the film is made simultaneously produced in Tamil, Telugu and Hindi.
It is going to be a grand Pongal festival for many of Kamal's fans, as lakhs and lakhs of people are eagerly waiting to enjoy the film after its release.
One more added feather to the film is that for the first time in India the film will be exhibited with Auro 3-D sound.
The open announcement with regard to the release of the film will be made in a day or two,sources said.
Posted by N.THYAGARAJAN at 7:04 PM No comments:

There was a long-pending decision about who would do the role of Amitabh Bachchan's role in Paa. The producers who thought that the actor who is to be given the character of Amitabji should be equally caliber and must show maturity in exhibiting the difficult role.

It is said Music Director Illayaraja has acquired the remake rights of the film Paa in Tamil, and it is confirmed that Kamal Hassan will act in the role. Kamal will take suffering as an actor to make the character real.
Posted by N.THYAGARAJAN at 8:01 AM No comments: