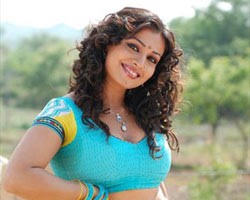 The quarrel between ace director Shakthi Chidambaram and the new face heroine Snighdha is snowballing. The actress who was asked to perform heroine role for the film Rajadhi Raja under the direction of Shakthi Chidambaram, has started demanding business class air-ticket from the director. According to the director, the actress had appeared in a song sequence -- Kathazhai Kathazhai earlier. The director pitied the actress since she had been demanding the role of a heroin in the new film, in which Raghava Lawrence is the hero. On the day of the shooting, the entire unit left for the air-port, but the actress hesitated to come along with the unit, since she had been demanding business class ticket. The director refused to offer the ticket, hence the actress has complained with the Film Producers Council.

When contacted the actress, she said that the director's behaviour had given her suspicious and she was prepared to tell more about the director, but later refused to divulge about him.
Posted by N.THYAGARAJAN at 8:21 AM No comments: