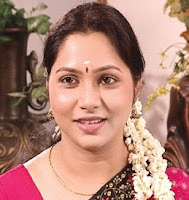 One day Sivakami explains her secret and proves that she is an innocent. Shakthi realizes her mistake and promise to solve the problem.But her mother gets promise from sakthi and tells about her wish that sakthi to fulfill. Sakthi promises her mother to fulfill the wish, but sakthi faces many problems and sufferings to support her mother. The mega soap shows about Siva Shakthi’s sufferings and how she come across them and satisfies her mothers wishes.

Jaya tv and Muhurtham.net jointly producing a matrimonial programme like Kalyanna Malai of the Sun Tv channel. Meera Krishnan is the compere of this programme. It is being telecast on all Sundays at 7.30 Am. After introducing boy and Girl,Writer Balakumaran gives tips about the married life. Muneeswara Sasthrigal talks about Hindu marriages.
Advocate Vijay also talks about the Hindu Marriage Act. Psychiatrist Saraswathi Bhaskar gives tips about a successful life. Jaya Tv gives a different Programme of this matrimonial.
Posted by N.THYAGARAJAN at 12:11 AM No comments:

VAIRA MANGAI FOR ALL WOMEN 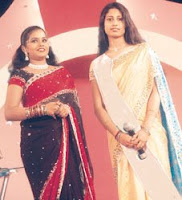 There is going to be a different programme in Kalaignar Tv Channel
for all women in all over Tamil Nadu. They are going to select the ladies who are like Tamizhachi, Unnal Mudiyum Penne, Oskar arasi, Azhage Azhagai. These Ladies will show their talents in the final round of Samayojitham. No Age limit is prescribed to participate in this programme.

Winner of the programme will be crowned with diamond studded worth about Rs.5 lakhs The winner will be given the title of Tamilnattin Vaira Mangai.

The programme is produced by Creative Creation. Soon this will be on air in Kalaignar Tv Channel.
Posted by N.THYAGARAJAN at 12:01 AM No comments: