ROBOT SHOOTING IN VIETNAM FROM AUGUST 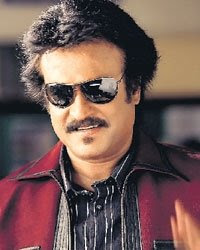 The shoot of Superstar Rajinikanth starrer Robot would start from August, circles close to director Shankar said. For that, the director has left for Vietnam along with cinematographer Rathnavelu to select locations to can a song sequence.

It is said that A R Rahman, who is scoring music for Robot is busy composing songs for the mega-budget movie, as Shankar has informed him that he need all songs before August. (It is a habit of Shankar to first complete songs whenever he starts the shoot of a film.)

Once both the works (location selection and music composing) are completed, the cast and crew of Robot including Rajini and Aishwarya Rai would leave for Vietnam.
Posted by N.THYAGARAJAN at 8:39 PM No comments: