VEDIGUNDU MURUGESAN IS READY FOR RELEASE 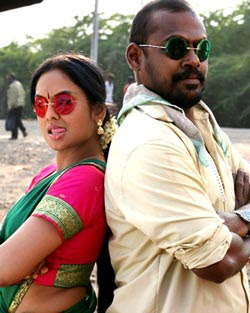 Comedy film Vedigundu Murugesan is ready for its release. The film's comedy could be equalled with the comedies of the Chinnathambi and Karagattakaran, according to the film's director Murthy. If this film is released this will be the second film for the director, earlier his Karuppasam Kuthagaikarar was though not successful as expected, but paid rich dividends after its release.
Jyothirmayee in this film appears as woman cop and act opposite Pasupathy. She appears in a child-like character which draws the story in different directions but with comedy. Besides Vadivelu comedy too is enjoyable in the film.
Posted by N.THYAGARAJAN at 9:08 AM No comments:

KANTHASWAMY RELEASE WILL BE IN JULY 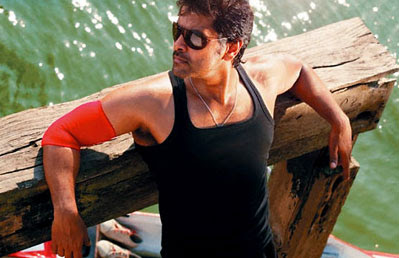 The overseras rights of Kanthaswamy have been sold for a hefty sum and it was bought by the Ayangaran International, according to a source from the production office, but did not divulge for how many rupees the price of the film was fixed. Ayangaran International is a reputed organisation which has more than 1500 films to its credit for market will be able to sell this Vikram-Shriya starrer film not less than Rs.3 crore, the sources said. It is said the film has a big market in overseas countries including Malaysia, Europe, Sri Lanka and many other countries. Kanthaswamy is produced in Telugu besides its Tamil version and the release of the film in both the languge would take place on the same day. There is a proposal to produce the same film in Hindi without changing any storylines and dialogues, means additional income to the producer Dhanu. The release of the film was postponed due to severe rain in Theni from where most of the scenes were filmed. Similarly the film was shot in Kenya when there was very much riot in the country. The film is directed by Susi Ganesan at a total cost exceeding Rs.50 crores.

It is likely that Aamir Khan will act in the Hindi version of the Kanthaswamy, the sources said.
Posted by N.THYAGARAJAN at 8:52 AM No comments: