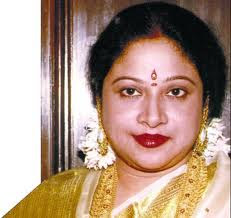 Renga Vilas, is the new soap that is now on telecast through the Jaya TV Channel with leading actress of yesteryears Jaya Chithra, whose penchant to act as an Iyenger Mami has been fructifying. She appears in the episode, dhitto, an Iyengar Mami belonged to the native of Sri Rangam in Trichy district of the Tamil Nadu State India.

It is a story of happenings in Iyengar family in Sri Rangam. The shooting of the Television serial has been filmed in Sri Rangam, a constituency of the Tamil Nadu Chief Minister J.Jayalalithaa. Incidentally, the Chief Minister is a native of Sri Rangam. A person who is engaged in the real estate business tries to take away the Ranga Vilas from the owners. How the orthodox family tries to retrieve the house from the business man, is the crux of the story.

The serial is directed by Mani Bharathi.
Posted by N.THYAGARAJAN at 7:39 AM No comments: