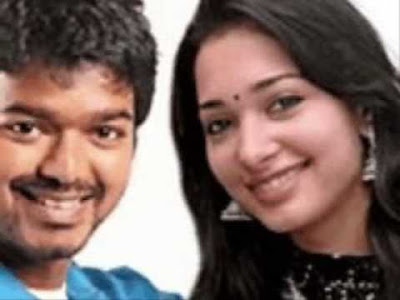 Audio release of Vijay's 50th movie Sura is reportedly scheduled to be held on March 26. Sura's songs are tuned by Mani Sharma, who has already been associated with Vijay in movies like Shajahan and Pokkiri.

Directed by Rajkumar, Sura is produced by Sangili Murugan for his banner Murugan Cine Arts. Tamannah plays Vijay's lead in the movie that is likely to be released on April 14, 2010.
Posted by N.THYAGARAJAN at 2:48 AM 39 comments: