Come September 5, and Tamil Dailies Dinakaran and Daily Thanthi will make inroads into Mumbai. Dinakaran, the largest circulated Tamil daily in India, belongs to the Sun TV Network, while Daily Thanthi is the Tamil daily published by Malar Publications.

For both Dinakaran and Daily Thanthi, it is the third edition of the dailies outside Tamil Nadu, the other two being published from Bangalore and Pondicherry already. The Mumbai edition of both the newspapers is being targeted at urban Tamil readers belonging to SEC A and B segments.

Dinakaran, like other editions of the paper, will be an all-colour edition for Mumbai market and will be sold for Rs 2. It will be rolled out with an initial print run of 60,000 copies.

For Daily Thanthi, the Mumbai edition will see the total count going up to 15, and the new edition will be rolled out with an initial print run of 50,000 copies. From Monday to Thursday, the daily will be sold for Rs 2; on Friday, Saturday and Sunday, it will sell for Rs 3. In other cities in the South, the daily sells for Rs 3 and Rs 4 respectively.

According to Audit Bureau of Circulation (ABC) figures for January-June 2008, Dinakaran's circulation stood at 10,12,243 copies, while that of Daily Thanthi's circulation stands at around 9,69,000 copies.

Dinakaran has not only retained its number one position, but has also become the first and only Tamil daily to cross the one million mark. At the same time, Daily Thanthi registered a decline in both its average issue readership and casual readership.

The reach of regional newspapers in India as a proportion of reading population is estimated at around 78 per cent, compared with the Indian average of 28 per cent, indicating room for an increase in readership for regional dailies.

Indian print media is the second largest chunk of Indian entertainment and media industry, behind television, and worth Rs 43,700 crore, accounting for around 30 per cent revenues of the industry.

Posted by N.THYAGARAJAN at 12:07 AM No comments: 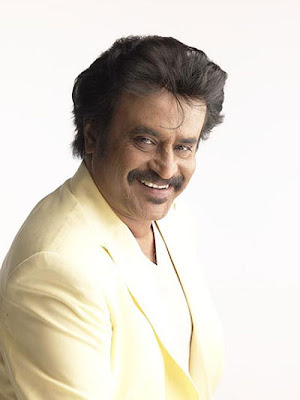 Shankar's magnum opus Robot produced by Ayngaran International and featuring Rajinikanth and Aiswarya Rai has been forced to change their title to Yantram!

Shah Rukh Khan's home production Red Chillies has registered the title Robot and nine other titles based on it. The titles were registered with the Association of Motion Pictures and TV Programme Producers (AMPTPP) in Mumbai, by King Khan's company.

It seems SRK has a running battle with Shankar and Rajinikanth. Remember Shah Rukh was the original choice of Shankar to do Robot in Hindi, which was supposed to be done by Red Chillies. Later they had a fall out over the script and other issues, which forced Shankar to go for Rajinikanth.

Completely taken by surprise, Shankar was forced to change the title from Robot to Yantram. The official reason given out is that as per Tamilnadu government rule only films with Tamil titles are eligible for entertainment tax exemption. As if they did not know about it, as the rule was there for the last two year
Posted by N.THYAGARAJAN at 12:01 AM No comments:

Labels: A NEW SHOP USHERS IN THE RAJ TV CHANNEL 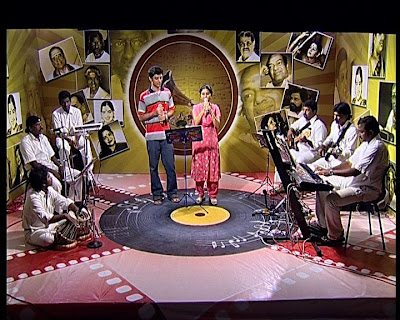 IMAYAM TV comes out with the new program for music lovers. From the first film till the latest releases songs play a predominated role in the tamil flim industry. This program titled “AMUTHA GEETHAM” will be a combination old super hit songs sung by upcoming singers. Yet to be scheduled program will have the flagship episode with famous play back singer P.B.Srinivas shares his pleasant memories on his various songs
Posted by N.THYAGARAJAN at 7:40 AM No comments: 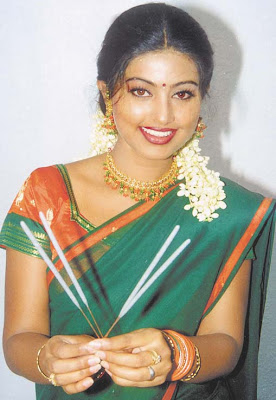 Scotching rumours about the 'steady going' relationship with actor Prasanna, her onscreen pair of movie Achamundu Achamundu, Sneha said, ‘All were useless and baseless gossips.’

Reports appeared in a section of the media claimed that Prasanna and Sneha got cosy with each other when they were together in the US shooting for the movie, and had been to discotheque and shopping.

Responding to this, Sneha said, ‘When you don't know a single soul other than your crew members in a foreign country, what's wrong in going out with them?’ When asked if she had any plans of entering wedlock, she replied that she was in no hurry at all.
Posted by N.THYAGARAJAN at 8:49 PM No comments: