PRAKASHRAJ PRODUCING IN HIS OWN DUET MOVIE BANNER 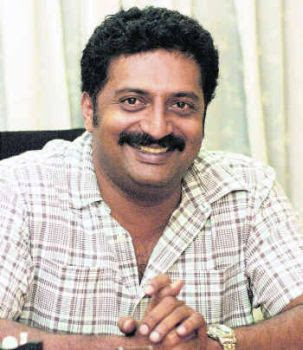 Actor-turned-director Prakash Raj has just finished the first schedule of his Kannada directorial venture, Naanu Nanna Kanasu but he is already thinking about his next bilingual film to be produced under his own Duet Movies banner.

Pavanam (Journey) will be made in Tamil and Telugu, and star himself. It is budgeted at Rs 11 crores, and is based on the hijacking of Indian Airlines' IC 814 from Nepal to Kandahar.

Radha Mohan, who had directed Mozhi and Abhiyum Naanum, will direct the film.

"I will play the role of a bureaucrat from the Prime Minister's office in Payanam. Radha Mohan did a lot of research while writing the script. I was inspired to make this film after reading the book Flight Into Fear by Captain Devi Sharan," says Prakash Raj.

Prakash Raj, who played a villain in the Salman Khan-starrer Wanted directed by Prabhu Deva [ Images ], has now become a sought-after actor in Bollywood too. But he is in no hurry to sign Hindi films.

"I will pick and choose films as I have been consciously doing in the case of my South Indian films," says Prakash Raj.

His Kannada films include Hoo, co-starring Meera Jasmine [ Images ] and Namitha, and Dhool, co-starring Yogi and Aindrita Ray.
Posted by N.THYAGARAJAN at 7:50 PM No comments: 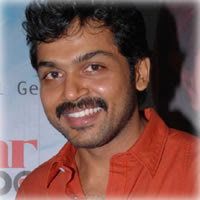 
The Chennai International Film Festival was kick started yesterday, December 16th, 2009 at a function held at the Woodlands Theatre in Chennai. Dr. S. Jagathrakshahan, Minister of State for Information & Broadcasting lighted the traditional lamp and marked the beginning of the fest. The film festival, which will go on till December 20th, will feature 120 films from 38 countries.

Those present at the function were Karthi, Devayani, SVe Shekher, Jananadan and a host of officials from various embassies.

Speaking at the function, the Minister said that film festivals are not just for film institute students but for the general public as they can get to see a foreign film and know their culture.
Posted by N.THYAGARAJAN at 7:56 PM No comments: