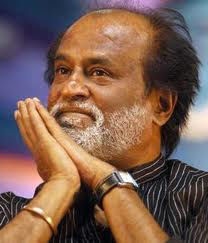 More than 200 fans of Superstar Rajinikanth went on fast in Vellore, near a Kalairanagam, in support of the Sri Lankan Tamils who are suffering in the Island. All the fans sought, the USA's resolution to be brought at UN Human Rights Commissions Meet, being held in Geneva.

The fans sought the Government of India's intervention in passing the resolution at the UN Council Meeting. It is to be remembered that the Tamil Nadu Chief Minister J.Jayalalithaa had written a letter to the Indian Prime Minister Manmohan Singh, to take up the resolution passed in the Human Rights Commission meeting in Geneva.

The DMK ally of the Congress party for over nine years, announced its decision of withdrawing its support to the Congress following the Central Government did not act properly in passing the resolution to entrench the rights of the Sri Lankan Tamils in the Island.
Posted by N.THYAGARAJAN at 3:00 AM No comments: