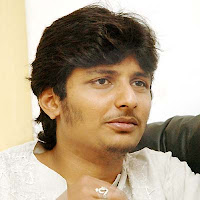 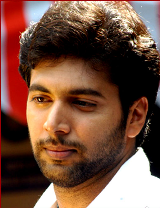 Both Jeeva and Jayam Ravi on Wednesday confirmed that they would soon act in a movie which would be directed by the latter.

Speaking at the audio release of Jeeva’s forthcoming film Thenavattu, Ravi said, ‘it is my longtime dream to direct Jeeva. For that, I had conceived a double hero subject in which both of us would share the screen.’

In his address, Jeeva said, ‘Ravi is my first friend in Kollywood. It is my pleasure to act in his direction. More heroes should come forward to do films together to set a healthy trend in Tamil cinema.’

On Thenavattu, he said, ‘you are going to watch a lively and bubbly Jeeva in the film. Thenavattur portrays the life of transgenders in a well-mannered way.
Posted by N.THYAGARAJAN at 7:35 PM 1 comment: