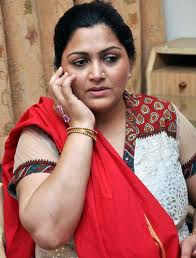 Some unknown miscreants on Thursday morning pelted stones and damaged the windows and cars parked in the portico of actress Kushboo's residence near Foreshore Estate, Chennai.

The reason for such attack is not yet known, but it has been said the actress in an interview to a Tamil weekly released on Thursday, had commented about electing of next chief to the DMK party, which had angered some party men.

In the interview, she had reportedly told the party's general council alone vested with the power of choosing the next chief for the party.

However the real reason for the attack would come to light, after thorough inquiries were made, sources say.

In Trichy, 312 Kilometers from Chennai, some of the Kushboo's banners were decimated by some unknown persons, according to a report.
Posted by N.THYAGARAJAN at 12:50 AM No comments: 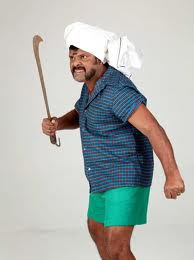 Kanja is the hero of his own production. Angadi Theru Mahesh and other comedians who had acted with actor Vadivelu are also given chance in the film.

The first-schedule of the shooting of the film commences next month and it is planned to film the locales in Kalayar Kovil, Manamadurai, Melur, Nattarasankottai and Sivagangai.

It is a story of a lorry-owner who takes up another job of installing bore-wells in villages.

Srikanth Deva does the music direction, Venkat cinematography and Malayan does direction.
Posted by N.THYAGARAJAN at 8:21 PM No comments: 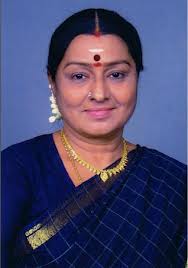 Veteran Tamil film actor and danseuse M.Bhanumathy passed away on Monday evening at a private hospital in Chennai. Bhanumathy who had acted in more than hundreds of films in Tamil and some Tamil television serials was suffering from jaundice and had been under treatment for more than a month. When the health condition of the actress deteriorated she was rushed to a private hospital for treatment, but she died at the hospital.

M.Bhanumathy has done her role with the Late Actor Sivaji Ganesan in Thillana Mohanambal in a nurse role which had fetched her name.She has acted in Thiru Neelgandar, Mayangugiral Oru Madhu, Vietnam Veedu, Kadhal Jothi and several other films numbering more than 100 films.

The actress had a beautiful voice with which she delivered dialogues either in films or in tv serials and stage performances."One could easily visualize the scene of her by closing eyes with the voice of the late actress alone," says one of her fans. The actress had attracted a lot of audience with her delivery of dialogues with her metallic voice, which normally would fetch good name for singers alone.

A TV serial Associate Director who had long standing experience in direction,said that Bhanumathy never undertook trouble for memorizing  dialogues, she used to go through the dialogues twice or thrice and would be ready for shots. According to the director he had never seen her missing even a single word when she stood before cameras. " She was always spontaneous and had the self-confidence of acting in any roles assigned to her", says the Associate Director.

She had done meaty roles in Abhinaya Cretions mega-serial, Thiruppavai and Anu Pallavi. The actor was acting for the Vellai Thamarai, the mega-serial now being telecast through the Sun TV Channel.

The actress was living with her only daughter Lakshmi. The funeral of the actress will be taking place on Tuesday.
Posted by N.THYAGARAJAN at 7:52 PM No comments:

Zeenat Aman to marry a man of her dreams 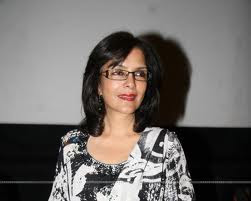 Popular Hindi actress and a dream and glamorous girl of many in 70s, Zeenat Aman will soon marry the man of her dreams.

Though she is mother of two of her sons, and has been more critic against marriages, finally decides to marry actor Sanjay Khan. The actress earlier had married Mazhar Khan who died in the year 1998.

The actress who is now in her sixty-plus had reportedly revealed her desire to two of her sons Azaan (26) and Zahaan (23). It seems the two had approved her marriage, it is learnt.

To a journalist who spoke to her over phone, Zeenat  accepted that she is going to marry, though she was against marriage."If the God has willed for it who would prevent it" , the actress asks.

The actress added, that she had met someone who has become a significant part of her life.
Posted by N.THYAGARAJAN at 8:02 PM No comments:

VISHWAROOPAM GETTING EDITED IN LA

Following an accord reached between the actor-producer Kamal Hassan and some Muslim outfits, seven scenes of the Vishwaroopam will be edited in a studio in Los Angeles.

It is only after the edit of the scenes as per the accord, the film will be screened in Tamil Nadu cinema halls, according to sources.

Some of the Muslim outfits wanted some scenes or dialogues to be edited, as they thought that their religion was portrayed in poor-light. Kamal Hassan who produced the film reached an accord with the Muslim outfits on Saturday, and the editing of the film was started in a Los Angeles studio, sources said.

It may take one or two days to complete the edit of the film, the sources added.

Kamal Hassan has personally thanked the Tamil Nadu Chief Minister J.Jayalalithaa and the TN Home Secretary Mr R.Rajagopal for helping him out to reach the accord with the Muslim outfits.
The film is likely to hit Tamil Nadu theaters on February 8, sources said.
Posted by N.THYAGARAJAN at 7:07 PM No comments: