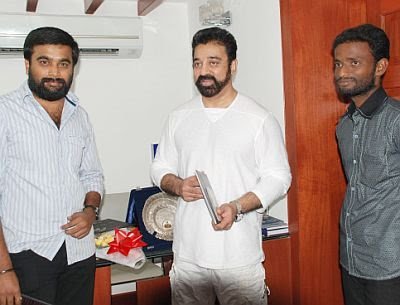 ACTOR KAMAL HASSAN AT THE AUDIO LAUNCH OF THE PASANGA FILM. SEEN WITH HIM ARE THE FILM DIRECTOR
Posted by N.THYAGARAJAN at 4:11 AM No comments:

I HAVE NOT SEEN CROCODILES IN FILM INDUSTRY-SUHASINI 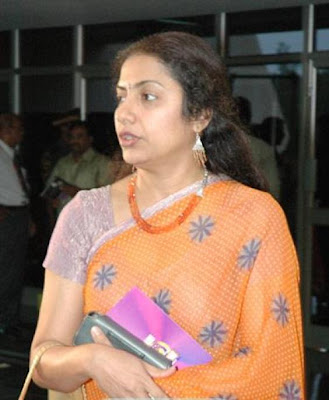 "The day when I entered the film industry, I was cautioned, that I would be seeing a lot of humanbeings in the form of crocodiles. I was littled bit shaky then, but I never came across any such person in my career" openly declared actress Suhasini at a cassette release function took place on Sunday ( Yesterday).

One thing one should remember is that when Suhasini entered filmdom, she was offered with weighty roles and she was not allowed to mix freely with films' heroes in as heroine she did. She did her roles, as if a school teacher giving advices to their children, and when she acted for songs' sequences she did her role without touching the hero. This has catapulted her image. But one should remember, she married the gentle and famous MBA graduate director Mani Rathinam. But he is not a crocodile.
Posted by N.THYAGARAJAN at 7:13 PM No comments: