"I AM NOT INTERESTED TO JOIN POLITICS" SAYS SNEHA 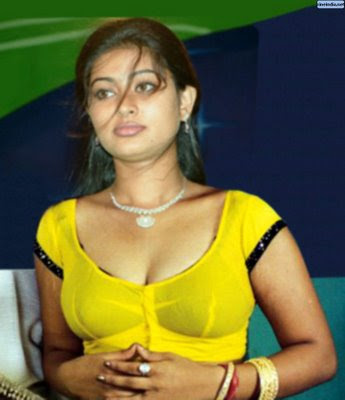 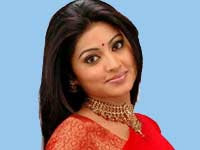 Sneha who does different roles in Bhavani and Goa, says the two characters are entirely different. She acts in Bhavani as police officer like that of yesteryears' Vijaya Shanthi appeared in police officer cadre. But GOA film's character is entirely different. She appears in the film with sarees with soft-natured character. " The two different characters in those two films have no comparison" says Sneha in an interview to this blog.

When asked about her entry in politics, Sneha said, " I don't like to enter politics, but I will exercise my voting right. Don't think, that I am doing a police officer character like that of Vijayashanthi in my film and after the film was released, the actress entered into politics, I too would take up politics. I am just quite opposite to the actress' view. But I will sure vote for a candidate whom I think will be the best." quips Sneha.

Adds Sneha, " I have stopped acting in advertisement films, because of many of my fans have been requesting me not to appear in TV shows. I am learning Fashion training and Interior Decoration courses. I am also learning Dress Designing with my elder sister. If this my house in Valasaravakkam is appearing in different colors, it is because of my idea. You can see, each room has different colours. I feel happy over many praising me for the decorations and the colour quote that I had given to my house" and she herself puts question to us, "now tell me how is my house?".

When asked about Sneha's marriage, she did not answer to it but kept smiling. But my inner heart said the person must be a lucky fellow, because the priceless smiles of the actress and her respect she maintains with her father, who, once was working in a leading company in UAE, would always choose or even hunt a best groom to lead her a happy married life.
Posted by N.THYAGARAJAN at 7:04 PM No comments:

"Mudhal Mudhal Mudhal Varai", the real story of a film director who wish to produce a feature film falls in love with a girl who was lying in sick bed. The director wants to marry before she breathes her last, but she was adamand and asking him to produce the film first and marry her. This is the story of the feature film that has been honoured at the New York International Independent Film and Video Festival.
Krishnan Seshadri Gomatam is the films director. The film won the award for the 'Best Drama Feature' in the 'Best Feature film (International) - Genre' awards category in the festival held recently.
The film was part of the Goa 2008 Indian Panorama at the International Film Festival of India and was widely acclaimed for its storyline. This is the first film of Krishnan Seshadri and was selected in the IFFI's Indian Panorama section.
C P Satyajit, Anuja Iyer, E Kumaravel and Charan, apart from a host of newcomers have given meaty roles for the success of the film. Thotta Tharani did the art direction of the film and Fowzia Fathima had done the cinematography. Aslam Mustafa has done the music of the film.
Posted by N.THYAGARAJAN at 6:48 AM No comments: 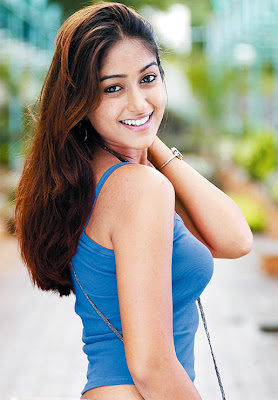 You know actor Vijay's son Sanjay has done a dance in Vettaikaran film. He has lent his voice for the song too. The song starts with NAAN ADICHCHA THAANGAMATTA; NAALU NAAL THOONGA MATTAE.Vijay's fans call him Kutti Ilaya Thalapathi.

You know Kamal Hassan's daughter Shruthi Kamal Hassan has acted for an ad-film, Hoe Jaaney Dho. Kamal after seeing his daughter's appearance in the film, euologised her.

Heroine Sridevika is acting as a mahut for the film Sarithiram. She underwent training with an elephant which appears in the film. After the shooting was over, the actress could not leave the animal.

Communist political leader Bharathan came to the shooting spot of the film Kalavaadiya Pozhudhugal and enjoyed the May song's sequences. Thangar Bachchan is producing the film in which Sathyaraj and Prabhu Deva have meaty roles.

If any producers want to have talk or a word with actress Thamanna, they could not approach the actress immediately. They should approach Thamanna's parents who would answer them after consulting the actress.
Posted by N.THYAGARAJAN at 7:36 AM No comments: