NAREN'S NEXT FILM IS POOKADAI RAVI 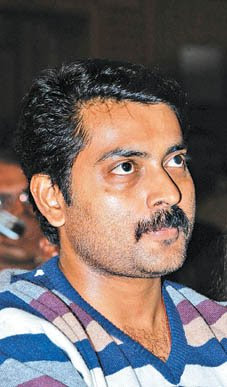 Chithiram Pesuthadi fame Naren has now signed for a movie produced by Radaan. He has been doing action hero in all his movies but, in this film he is acting in a role with humour, emotions and free moving type. The story of the film is centered around in Madurai. Naren is learing the Madurai nativity Tamil slang. The shooting of the film starts in Chennai on August 6th and the film unit will leave for Madurai on 12th. In next two days the heroin of the film will be decided. Selvaraghavan’s assistant Sivakumar is directing the film and music is directed by Premji.
Posted by N.THYAGARAJAN at 8:00 AM No comments: 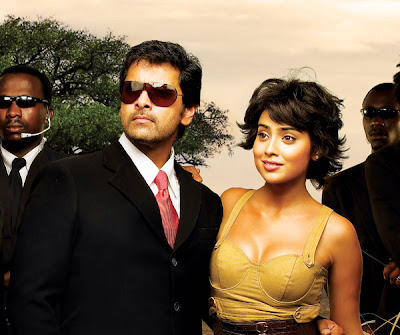 The important scenes of the Kandasamy in which Vikram and Shriya Saran are acting are shot in Oman. The film which is fast emerging a favourite destination for Indian film producers.
According to the film's director, Susi Ganesan the shooting for the film had been taking place in different parts of Oman, including Oman Dive Centre, Al Sawadi, Sohar beach, Qantab, Yacht Club and Omani roads.
Vikram described Oman as one of the most beautiful places that he had ever seen, while Shriya, whose Hindi film 'Mission Istanbul' is currently running in theatres in the Sultanate, termed the Gulf country "very pretty."
"We have now been here for five days and it has been fantastic," Shriya was quoted as saying by 'Times of Oman'.
Akshay Chowdhary, Director of an event management company which has brought the film's producers to Oman, said: "We thought the best way to promote Oman was by making it a destination for people.
"The best way to do that was by tying up with film production houses in India, and other parts of the world, and bring them over here to shoot films here."
"We are in talks with a lot of production houses.... We will gradually invite other units," he was quoted as saying.
Posted by N.THYAGARAJAN at 8:21 AM No comments: 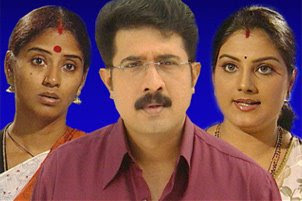 Kasturi is the story of a woman whose fate was penned down by her own father who never believed in the significance of education of a girl child and ruined her opportunities to be a true woman of a substance. It is indeed a saga of a woman who had lost her mother as a kid and unfortunately had a father who saw her nothing more than somebody who can be fit only for the regular household work.
He was such a tyrant that he forcibly disallowed her going to school when she was just seven years old. At such tender age, when most kids would be busy attending school & playing, Kasturi was confined to the four walls of kitchen. For Kasturi, her house & the village represented the entire world, which could not offer her anything substantial in life.
On other hand Ram well educated boy holding a plush job as a software engineer dreams about getting married to an equally brilliant, smart & educated woman. He would often tease his female colleagues about their looks and used to criticize them sarcastically. He has an absolute high expectation about his life partner. But destiny had something else stored for Ram and there comes an unexpected move in his life and the story takes a real twist. Due to some unforeseen circumstances, he’s been forced to marry
“Kasturi”, which absolutely shatters him. Further to add to his misery, he actually meets his soul mate, somebody whom he has always dreamt of and who fits his description of an ideal wife which further deteriorates the situation. You need to wait and watch the high voltage melodrama, which takes place in Ram and Kasturi’s life…
Viewers will have numerous unanswered questions in their mind such as Will Ram restrain himself and have a peaceful married life?? or Will their marriage be successful?? Or Will Ram ever accept, Kasturi as his true-life partner?? And many more…… So watch out for an unusual story of “Kasturi ” which will surely make you move emotionally.
Serial produced by Balaji Tele Films
Posted by N.THYAGARAJAN at 7:48 AM No comments: