SAROJA DEVI WITH SURIYA IN A TAMIL FILM 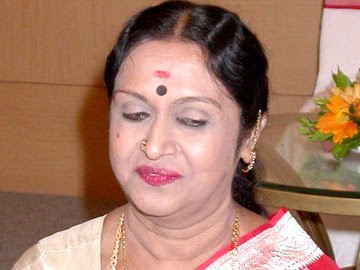 Ace actress who is still young in her appearances, B.Saroja Devi will be appearing in AADHAVAN being produced by Udayanidhi Stalin for the Red Jiant Films. Though the actress has distanced herself from acting in films, she has given her nod to act in the film with Suriya and Nayanthara. The actors are Vadivelu, Ramesh Khanna who is also penning the story of the film. The film is directed by K.S.Ravi Kumar. Another important thing about this film, all these artistes join together after their association in the film Friends. It is expected, that Saroja Devi's appearance in the film will give an impetus to the film goers, since, there are a lot of fans of this actress whose eyes were starved quite a long time, would be enjoying the film.
Posted by N.THYAGARAJAN at 2:00 AM No comments: