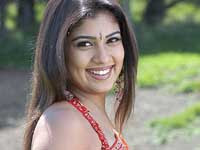 Actor & Director Prabhu Deva watched the Wanted film in Mumbai with Nayan Tara, the dream girl of many. It is quite natural for anyone in the cine-field to have attraction with someone and Nayan Tara or Prabhu Deva are no exception to it. The problem is Prabhu Deva is an already married man with Ramalath who hails from a Moslem community. But the love has no eyes, for it is not the religion or the caste that attract each one at the time of marriage. Both the hearts meet at one point and decide to marry. In Prabhu Deva's marriage there was no open statement that the actor is in very much love with Nayan. But for Nayan, she could not stay alone though she is not married. Prabhu's extraordinary brilliance in the field has attracted many including the producers who made him to direct their films. But, Prabhu loves all.

Prabhu's wife who came to know that there was a rumour afloat that both her husband and Nayan Tara close friendly relationships, said in an recent interview, that the actress should be arrested, for she is very much in love with her husband. When some press-men contacted, Prabhu did not say anything about his friendship with Nayan Tara. Earlier, both met at the Bahrain in a mall and many public who came to know about both the actors in the shopping complex began to get autographs from both of them and when they asked about their presense in the mall, both reportedly told them that they were friends who came to Dubai for a shooting.

Only time has to tell, whether Prabhu Deva and Nayan Tara will be getting married or they will continue their friendhsips by meeting often in various places.(?)
Posted by N.THYAGARAJAN at 2:44 AM No comments: