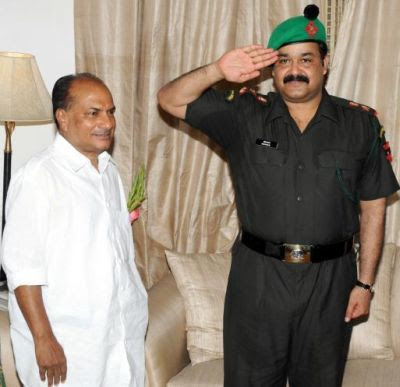 Superstar Mohanlal on Thursday donned a new cap - of the Indian Territorial Army. Indian Army chief General Deepak Kapoor had offered him to wear the cap permanently at a simple function that took place in New Delhi.

“It is truly a proud moment for me to have been granted an honorary rank during the diamond jubilee year of the Territorial Army. I will try to serve to the best of my ability in my newly assigned role. It is a dream come true that I can now serve shoulder to shoulder with our officers and men,” four-time national award winner, Mohanlal said.

“Lt Col (Hony) Mohanlal, Padmashri, will be yet another brand ambassador of the Territorial Army. His achievements are an example of his discipline, dedication and hard work which is very synonymous to the army way of life,” a senior Indian Army official said.

“His passion for the army is amply evident from his outstanding and realistic portrayal of the penultimate, fearless and duty bound army officer on the silver screen especially in movies like Kirti Chakra and Kurukshetra.

“As part of his preparation to truly depict the role, he shared the realities of army personnel in actual conflict zone like Tiger Hill and Drass, withstanding extreme weather conditions and combat situations,” the official added.

Mohanlal will be affiliated with the Kerala-based 122 Infantry Battalion.

Posted by N.THYAGARAJAN at 7:15 AM No comments: