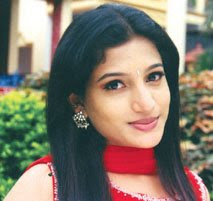 In Raj Tv the new mega soap SITHARA goes in a top level. It is aired From Monday to Thursday 6.00 Pm. Heroin Vilasini is top film star in Tamil Film Industry, her brother Prabhakar using his sister Vilasini as a earning machine and enjoy life with all luxuries. Reporter Vignesh and Co-Star Abhishek try to attract Vilasini and want to marry her. In between Prabhakar faces a problem from a lady Arundhathi and he doesn’t know how to come out. Arundhathi herself tells a idea to solve the problem. That is Prabhakar should write all the property of her sister vilasini in Arundhathi’s name.
Suddenly Vilasini met with an accident, nobody knows the accident is natural or a planned one. Coming week episodes shows the suspense, how Vilasini recovers from the accident and whether she gives her property to her brother, and whom she loves.
The actors are Santhoshi, T.Rajeswari, Prabhakar, Chandrasekar, Swapna and Neelimarani.Story, Screenplay and Dialogue Vimla Ganesh and Directed by R.V.Ramesh Raja.
Posted by N.THYAGARAJAN at 9:00 PM No comments: