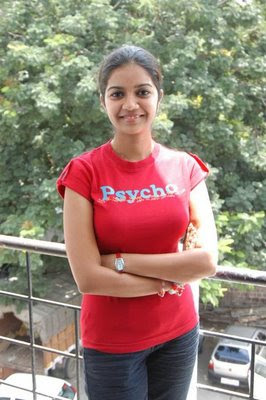 Subramaniyapuram fame Swathi is now acting for a Telugu film without any let up for her shooting schedules. She has become famous after she had acted in the film Subramaniyapuram with Jai. The second film chance went to her after a Telugu film producer gave her chance. Now Swathi is going to act in a Tamil film to be produced by Shiva for Amma Creations. The shooting of this new film will commence immediately after Swathi finishes her Telugu film in which she is acting as heroine.
Posted by N.THYAGARAJAN at 3:12 AM No comments:

After Naan Kadavul, B Studio is going to produce three films with Suriya and Jothika. The film is to be directed by Mayavi. The other film will be produced by the Mayavi Singapuli. Soon the shootings of the first film will be started immediately a signal from Jothika is shown, according to sources.
Posted by N.THYAGARAJAN at 3:09 AM No comments:

EKTA AND SANJAY IN A TAMIL FILM

Telugu film fame Ekta and Sanjay have signed to act in a film, Mundhinam Paarthenae to be produced by Seventh Channel Manickam Naryanan. The storyline goes with a qualified person seeking a suitable girl for his life partnership has a lot of dreams. Is he able to find out the correct one? is the crux of the story. For this film, the art director Thotta Tharani has made a set of a marriage hall. It has been estimated that the artificial marriage hall had cost Rs.40 lakhs for the producer. The songs of the film will be filmed in European countries, according to the production company's information.
Posted by N.THYAGARAJAN at 3:05 AM No comments:

" I AM NOT IN LOVE WITH VARUN " SAYS VIMALA RAMAN 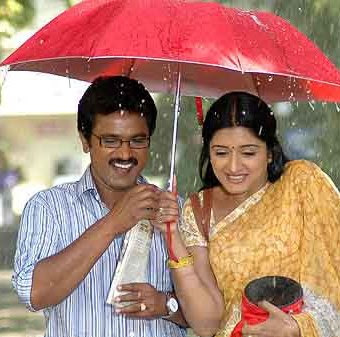 Of late in Andhra Pradesh, rumours were abuzz that Raman Thediya Seethai fame Vimala Raman is in love with actor Varun who had acted with her. The rumour has become like a baloon and in order to reveal the fact, Vimala Raman arranged a press-meet inviting all media and explained that she was in no way love with Varun and she could not renew her friendship with Varun after the shooting of their film was over. Vimala Raman called the actor Varun at the press-meet to talk about their friendship. Varun also said the same thing and once for all the actress had dubbed all the media which were making false propaganda about her and Varun.
Posted by N.THYAGARAJAN at 3:00 AM No comments:

TRISHA DID NOT CELEBRATE HER BIRTHDAY 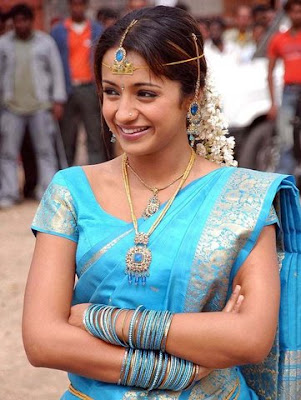 Like Tamil film actors Superstar Rajinikanth, Kamal Hassan and Ajith, actress Trisha too did not celebrate her birthday. She also tells the same reason, that the Sri Lankan Tamils' sufferings in the Island and in India made her not to celebrate and she took the decision only after she had seen the other film artistes skipped their birthday celebrations.

Really, one should appreciate the actress' deep involvement with the Tamil language and its people who have become citizens of Sri Lanka and who are suffering in the Island.
Posted by N.THYAGARAJAN at 2:56 AM No comments: 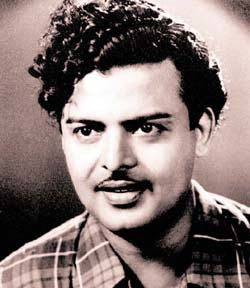 A 90-minute documentary on late actor Gemini Ganesan has been released by his daughter Dr.Kamala Selvaraj. The film which was produced in English, Tamil and Telugu will have 30 eminent film personalities narrating their experiences of working with the actor, according to the Doctor Kamala Selvaraj.

She said it took six months to produce this documentary and it was all about the personal life of the late actor who is known as Kadhal Mannan. ( Romance King).Gemini Ganesan had acted in several box-office hits like Irukodugal, Shanti Nilayam, Vanji Kottai Valipan and Thein Nilavu.

He had starred in more than 200 films, including a few in Hindi, Telugu, Malayalam and Kannada. He died on March 22, 2005, at the age of 84, after a prolonged illness.
Posted by N.THYAGARAJAN at 5:13 AM No comments:

Oscar-winning music composer A R Rahman and former Sahitya Academy President Gopi Chand Narang will be conferred honorary doctorates by Aligarh Muslim University at its convocation to be held in Aligarh on June 7.
West Bengal Governor Gopalkrishna Gandhi IAS will be the chief guest at the convocation, a release issued by the university said.
Posted by N.THYAGARAJAN at 8:53 AM No comments: