ENGAL ASAN WILL WOO A LOT OF VOTERS FROM RURAL AREA 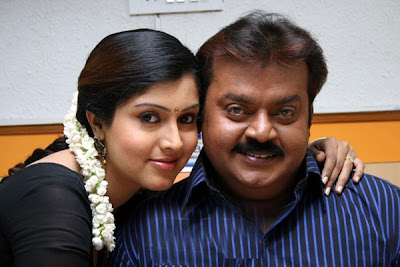 The object of Vijaykanth to act as a Manager of a bank and lending several crores of money to suffering farmers is to win the confidence of people from rural areas. Nearly 70 percent of our Indian population purely depend on their main source of income from agriculture, though we have developed a lot in the field of technology and science, many still in India are suffering without enough money to carry out their traditional job of agriculture. The film Engal Asan, would should the way to the farmers, how the loan could be lent to them and how this could be recovered instead of writing it off entirely. The film which is now under its final stage of production will set a trend among the rural people about the actor's DMDK party. One thing our rural persons often forget is that a story of a cinema is different from that of reality.
According to the story-line of the film, as a manager he lends money to farmers at government approved rates, wins their confidence and transforms villages. Earlier the villagers had only one problem, that is they were without jobs for want of money to invest in their lands. If the money is taken as loan, the next problem, then would be that their investments should not go waste due to natural calamities. Accepting money as loan from banks alone put more weight on the lives of farmers.

The film should teach all the farmers how they could withstand against in the event of there is going to be any natural calamities.
.
In Engal Asan Vijay’s cousin Vikranth will play second lead and is likely to do all the romance with two leading ladies Suja and Akshya. The music of the film is scored by Sabesh Murali and is directed by Sabesh Murali.

The movie has a musical score by Sabesh - Murali and cinematography by A Venkatesh. Engal Asan is fast nearing completion for an early release.
Posted by N.THYAGARAJAN at 9:14 PM No comments: 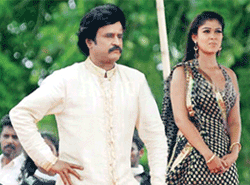 A dialogue from KUSELAN has been removed following requests from the Rajinikanth's fans. The fans the dialogue had hurt them deeply.

Rajnikanth, who played as actor Ashok Kumar in the film had uttered the dialogue, ‘What bothers you whether I enter politics or not. Mind your own business!
.
`Eppo Varuvaen, Eppadi Varuvaen theriyaadhu. Vara vaendiya naerathula varuvaen was a dialogue written by somebody. I just uttered that’.

However his fans took it personally. Following their appeal to the actor, it was decided to remove the dialogue from the movie.
Posted by N.THYAGARAJAN at 8:16 AM No comments: 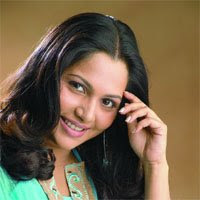 It’s not new for heroines to enter the small screen after making a mark in Kollywood. But Shamitha seems to have taken the plunge after having done only one Tamil film, Cheran’s 'Paandavar Bhoomi'. While a lack of film offers forced Shamitha to do mega serials, she has proved herself to be a capable actress, worthy of the offers that have come her way.

“I was very new to the film industry then. After 'Paandavar Bhoomi', I did a couple of Telugu movies, but they were never released. Things were not good for me. I was getting offers for sister or character roles, which I didn’t want to do. I was also getting offers to act in serials for more than two years. I decided to shift to the small screen when I heard Sivashakthi’s script,” says Shamitha.

Though from Andhra Pradesh, Shamitha was born and brought up in Chennai.“My sister Rajeshwari was also an actress. During the shoot of 'Porkalam,' I accompanied her and it was there, director Cheran saw me,” says the actress. Acting as Shakthi in 'Sivashakthi', which is telecast on Sun TV from Monday to Friday at 10 pm, has given her a good exposure.

“People recognise me as Shakthi. The serial is about a bond between a daughter and mother. I am very comfortable acting in serials,” she says.

When she’s not acting, Shamitha spends her time listening to music. “I love to hear music. I entered into the industry without knowing anything. Director Cheran knows what to extract from an actor,” she says. Shamitha is also looking forward to acting in more mega serials in the future.
Posted by N.THYAGARAJAN at 6:28 AM No comments:

A NEW PROGRAMME IN IMAYAM TV 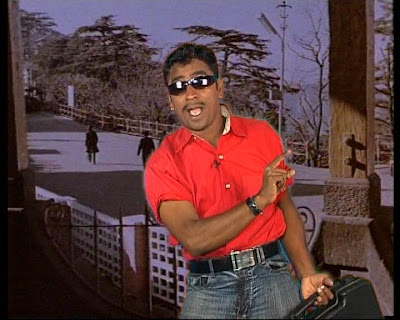 This is a programme liked by all age group. In this programme comedian mimicry senthil presents the show with his timing comedy dialogues and talks like leading film personalites. This program is scheduled for telecast Sundays at 4.30 Pm and Thursdays at 10.00 Pm. Don’t miss to watch this in Imayam TV
Posted by N.THYAGARAJAN at 6:16 AM No comments: