SEVAL IS THE FILM COULD BE SEEN WITH FAMILY 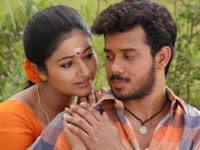 One-line: Hero saving heroine from the clutches of villain.

Bharath has improved a lot in his performance in this film because of his character that he adores in Seval. It is not a disappointment for anyone, because, Bharath is given the highest role in this film, that ever played in his previous films.Director Hari have focused much on Bharath's Tirunelveli language slang. Poonam Bajwa makes a good start and she is sure to be liked by everyone. Simran's re-entry is commendable.

Vadivelu, performances well, but the acting of his have become stale one and he could not compensate the viewers with newer techniques in his comedy.All the songs tuned by G.V. Prakash are worthy listening. V.T. Vijayan brim up with good works on his editing.

Hari has not letdown our hopes with his story and screenplay…

On the whole, Seval is a film, to be seen with family members.
Posted by N.THYAGARAJAN at 12:29 AM No comments:

One-line: Hero saving heroine from the clutches of villain.

Bharath, a carefree guy is the son of a high-time flower vendor in the village. His uncle's son Vadivelu works as a postman over there in the same village. Roaming together without any goals in their lives, Bharath falls in love at first sight with Poonam Bajwa. She is none other than daughter Poor Temple Priest Y.Gee Mahendran and Simran is the elder daughter. Well-pampered by her elder sister, both of them share good rapport.

Simran is married to Prem by her father and things go on smooth until she dies with cancer attack after delivery. Much before that she gets her sister Poonam Bajwa married to Prem. Within next few months, Prem dies off in an accident and meanwhile one of her close relatives has an evil eye of seducing her. Bharath who was pushed behind bars due to some civil problems is shocked to know what had happened. He immediately rushes to rescue Poonam and meets her. Some of the close relatives spot both Poonam and Bharath together assume things out of mistake. As a consequence out of it, Poonam's head is shaved and assault her… Frustrated Bharath kills down all the baddies and gets into jail.

Bharath has improved a lot in his performance in this film because of his character that he adores in Seval. It is not a mere disappointment from him. He isn't able to utter Tamil in the slang of Tirunalveli and Director Hari should have focused a bit on this. Poonam Bajwa makes a good start and her face is sure to be liked by everyone. Simran's re-entry is commendable for she does justice to her role. Looks like she would be the best contender for Nadhiya on supporting roles in future…

Vadivelu dominates almost throughout the entire show with rib-trickling comedy tracks. None of the songs tuned by G.V. Prakash are worthy listening. Nor does V.T. Vijayan brim up with good works and his editing looks amateurish.

Hari letdowns our hopes with his irksome story and dragging screenplay…

On the whole, Seval is not worthy watching for any centres…

Posted by N.THYAGARAJAN at 12:29 AM No comments: 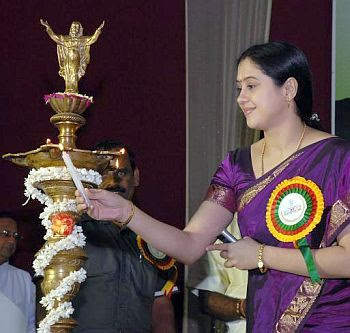 Posted by N.THYAGARAJAN at 3:08 AM No comments: