Iru Kodugal to be screened at IFFI Golden Jubliee 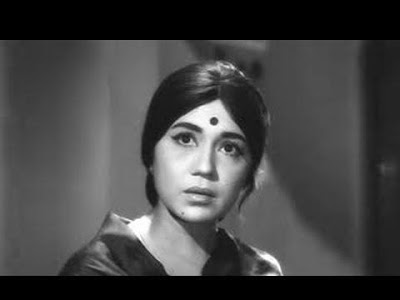 The IFFI has planned to screen the National Film Award film Iru Kodugal at its Golden Jubilee celebration to be held in Goa. The film directed by the late Director K.Balachander for the story of I.Joseph Anandan will steal the show among various other films to be screened at the IFFI. it is said.


Late Director K.Balachander could not be forgotten  for his acumen in direction and also in penning dialogues, in 70s and 80s gave many successful films. Todays popular actors like Kamalahassan and Rajinikanth are popular because both of them were from the school of Balachander, I have been hearing on many occasions from various people.
Balachander might have directed various films and written dialogues, but one would not forget the two of his films, Edhir Neechal with Nagesh in the lead role pairing with Jayanthi and another one Iru Kodugal with Gemini Ganesan and Jayanthi.

Gemini Ganesan falls in love with Sowcar Janaki, when he make visits to Varanasi and looking for a coffee shop. Sowcar Janaki who then as a girl, daughter of V.S.Raghavan understands that a Tamil from Chennai wanted to have a cup of coffee. She to divert the attention of Gemini Ganesan, she speaks in Tamil from kitchen. She also supplies a cup of coffee and this creates love between them.

Nagesh as another clerk in Gemini Ganesan's office, with his comedies and best supportive actfor the story's narration.

I am seeing people still today, including several youngsters have been watching the film, for the story of I Joseph Anandan who had penned the story. Incidentally, he was also a colleague of the late Director in a Central Government office.

If one should appreciate the 1969 Tamil films , one has no option, other than to accept the story-line of the Iru Kodugal, for which it has no other parallel line.


One more remarkable scene in the film was that Comedian C.K.Nagesh appears as Poet Bharathi for a song of the film. ( Pappa Paatu Paadiya Bharathi Naan dhaney)
Posted by N.THYAGARAJAN at 12:38 AM